Education Aid Eludes Countries That Need It Most 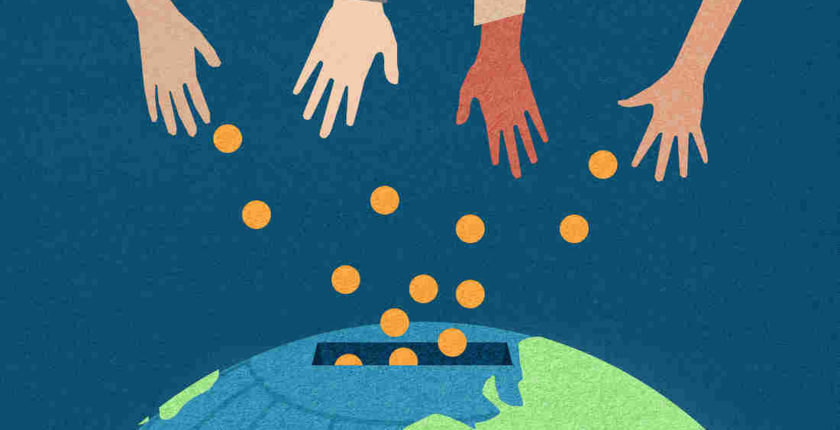 According to a new policy paper released by UNESCO’s Global Education Monitoring Report, while total development aid has risen 24 percent, aid for education has been on the decline for six years — falling 4 percent since 2010. Marcus Butt/Ikon Images/Getty Images hide caption

According to a new policy paper released by UNESCO’s Global Education Monitoring Report, while total development aid has risen 24 percent, aid for education has been on the decline for six years — falling 4 percent since 2010.

In the West African country of Burkina Faso, nearly 50 percent of children do not attend school. The reported cost of getting them there would be close to $182 million, and yet the small, francophone country received only $17 million in education aid in 2012.

This comes from a new policy paper released this week by UNESCO’s Global Education Monitoring Report, which found that the countries most in need of education funds aren’t getting them.

While total development aid has risen 24 percent, aid for education has been on the decline for six years — falling 4 percent since 2010. The report analyzes data from every country in the world.

Some believe the refugee crisis is to blame — that as more resources are pulled to address the immediate needs of health, food, and shelter for asylum seekers, education is neglected. But the report finds “little evidence” of that.

So why the decrease?

“Donors are giving less priority to education,” says Manos Antoninis, a senior policy analyst at UNESCO who co-authored the report.

Governments hold countries that receive aid accountable, explains Antoninis. Which means they have to show results.

“That is difficult for education,” says Antoninis. “In health, you can achieve results very quickly. For education, everything takes more time and requires donors to be patient, but that is not a very attractive result.”

Whether a country receives aid, says Antoninis, is often a question of that country’s trade and history.

The French aren’t spending much on aid in education, according to the report. In 2015, France was among three G7 countries that didn’t make the list of top 10 donors to basic education. (The other two were Japan and Italy.)

Former American and British colonies, on the other hand, are likely to receive “a much higher share of aid than their need,” says Antoninis.

Even so, between 2014 and 2015, the United States and the United Kingdom reduced their allocations to basic education by 11 and 9 percent, while Norway and Germany increased theirs by 50 and 34 percent, respectively.

“Aid is not being allocated according to need,” the report reads. “Sub-Saharan Africa, home to over half of the world’s out-of-school children now receives less than half the aid to basic education it obtained in 2002.”

Antoninis said bilateral and multilateral donors, like the World Bank and the Global Partnership for Education, try to make up that difference.

The Global Partnership gives 77 percent of its “disbursements” to Sub-Saharan Africa and 60 percent to countries facing “instability and conflict.”

The report advises that donors should work together to avoid “unnecessary administration costs” and “duplication of effort.”

Such redundancies are “a major issue” in the world of international aid, says Antoninis. The international community has come together on a number of occasions to address this issue. A notable example was in 2005 for the Paris High Level Forum on Aid Effectiveness.

Since then, there have been “varying reports on the success of aid effectiveness,” Antoninis says. So is the money helping? While the debate runs the gamut, most agree that when carefully managed and directed, aid works — especially for education and health

The problem, Antoninis contends, is that education is not prioritized — it’s not a matter of life and death.

“Education is the least well-funded,” Antoninis says. “But we argue that it’s extremely important.”